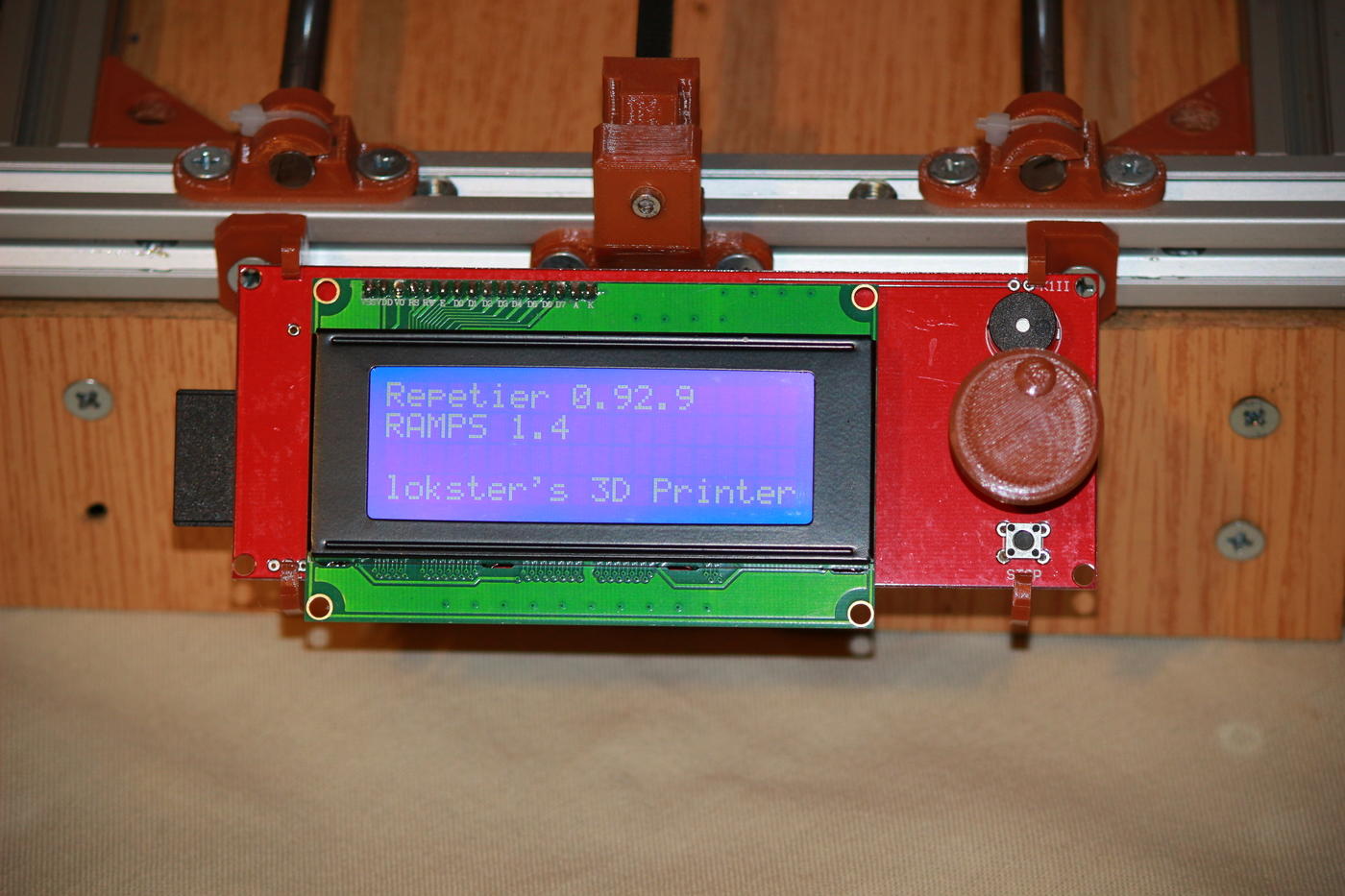 NOTE: The design files are not yet released – they require a bit of tidying up before going public, but once I’m done, they will be open source.

So, it’s been eight months since I got into 3D printing with my Anet A8 printer.
I learned so much, and got so hooked, that three months ago I decided I should build a second 3D printer from scratch. I did not want to buy a kit – I didn’t really need a second printer, I needed the EXPERIENCE gained while building it, and the satisfaction when you first power it on 🙂
And while most people go bigger – scaling the design for bigger build volume and (usually) more complex build, I decided I want a smaller and simpler printer. I didn’t even want it to have heated bed, because I was not planing to use it with something different than PLA, and PLA does not really require a heated bed – there are still ways to get good first layer adhesion.
So, after a couple of days of “research”, I chose the Printrbot Original design – it was small, simple, and didn’t even require cutting some kind of a support frame: 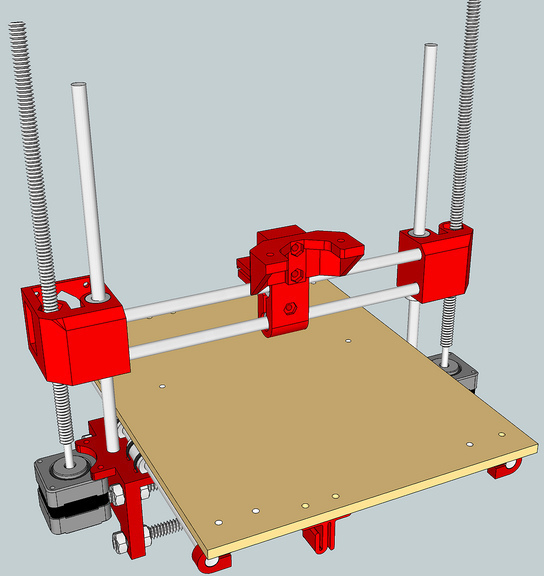 I started ordering the parts off aliexpress – motors, mainboard, rods, mainboard (RAMPS 1.4)… almost everything. All parts were the cheapest ones I could find.

Meanwhile, I imported the Printrbot Original design files in Blender, and started tweaking them to suit my requirements.
Soon, I realized this design was obviously going to be crap – unstable and not easy to carry around, albeit small. Add a couple of meters of wiring to it, and it gets even worse.
So, I decided I need something more “mainstream” – similar to the Prusa i3 design, with 2020 aluminum profiles for the frame, and place all electronics inside a wooden box below the frame.
I scrapped the old design, and started from scratch. And I mean FROM SCRATCH – not using existing open source parts, but designing my own in Blender.
Because why not?

About 10 days after everything started I had this:

One of the reasons for the decision to design everything from scratch, was that I wanted to actually learn something, and I liked the challenge. At that time I had just a few weeks of VERY limited experience with Blender (and no experience with serious CAD), so it was a pretty bold plan 🙂
But this was the perfect way to master Blender, wasn’t it?
Another reason was, that I wanted to have the biggest possible build volume within the constraints of the relatively short smooth rods I had already ordered, and most of the existing open source parts were not optimized for that.
The rods were 240mm, 220mm and 250mm in length – pretty short, compared to the ones on my Anet A8, but I managed to get 129x147x127mm build volume from them in the final design – which is pretty good, considering the overall printer size

Anyway, while I was waiting for the parts to arrive from Aliexpress, I had plenty of time to think and design everything.
At times it was harder, at times it was easier. I had to redesign some parts, because some flaws were not obvious while I was designing them, but after I printed them, it was obvious.
Maybe about 25% of the filament I used was for parts I had to redesign.

So, here are the final specs of the printer:

Some photos taken during various stages of the build process:

And finally, some photos of the finished printer:

All this resulted in good prints at speeds above 100mm/s with accelerations 1600-3600mm/s^2!
Some photos of the current set up:

I realize it’s not “the best design in the universe”. But it’s mine, and it works, so I like it 🙂

What about the print quality? Well, it’s pretty decent actually – using similar settings to the ones I use on my Anet A8:

I would call that a WIN, and I am pretty satisfied with the result!
Now I will be working on making the design files ready for public release, and once I am ready, I will release everything I have under open source license, and of course I will make a BOM with links & prices! 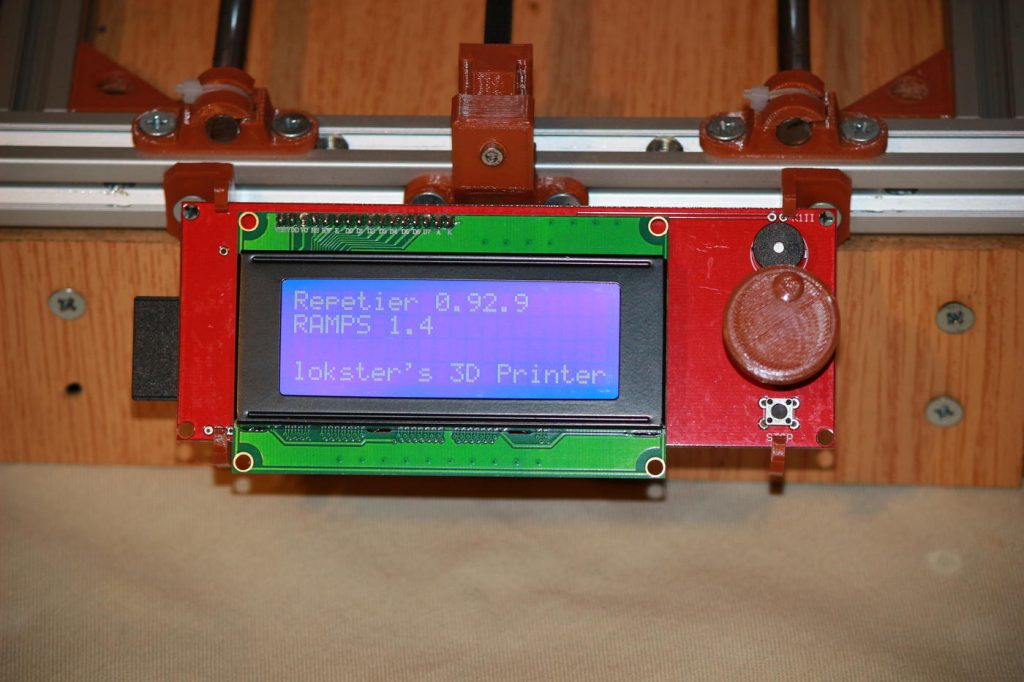